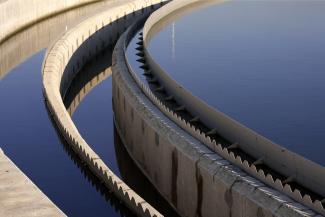 Engineers usually operate in a field of rights and wrongs, where there are consequences grounded in clear rules. But when it comes to contract law and management, it’s not so clear cut. It’s a world of grey.

When you’re thrown in the deep end looking after the procurement and contract process of a water asset or facilities contract, it might be an unknown world. This world is of contracts, contract interpretation, formulation and negotiation—things you might not have been trained for.

As a commercial and contracts solicitor, Sean McCarthy has worked in the building and construction area for many years. He says engineers don’t always expect to be in the business of procurement and contracts, and when they are, they can feel overwhelmed.

‘A water contract looks complicated,’ says McCarthy. ‘You’ve got the head contract between the water authority and the builder. Then there might be a raft of other associated contractual obligations and subcontracts all with their own distinct obligations and remedies. It can be confusing.

‘It’s a hugely complex array of contracts where each one affects the performance of the other and it’s difficult—but essential—to manage the system correctly.’

A long process in a short timeframe

Given their complexity, water contracts can be poorly written and confusing.

Procurement and contract management expert, Cyril Jankoff is hired to untangle contract disarray. For example, he concisely summarised a 255-page facilities management contract so the organisation actually understood what they were signing.

Jankoff adds that many people don’t read contracts in advance, and they can be downright incomprehensible.

He says, ‘Organisations are often under time constraints. Even though they don’t understand a contract, they still adopt it—sign now and deal with it later.’

When things do go wrong, it can cause massive financial damage or potentially affect safety. Jankoff has assisted on some major water contract disputes and assessment of damages.

‘Even poor procurement, like choosing the wrong party, can cause massive problems,’ he says.

Get the contract scope right

An engineer’s logical and analytical thinking can be a great asset to procuring the right business for a job and providing valuable input to scoping and deliverables. It can alleviate a common problem in the contract process: when the people in the procurement process don’t understand the job at hand. That gap in understanding flows on to the contracted business and potentially poor results.

‘Imagine a dispute with a painter that they haven’t adequately filled the cracks. They point to the scope where this has not been enunciated and it merely refers to “painting”. You don’t need to incur the time and money it takes to resolve it.’

A different set of skills

McCarthy says engineers often find themselves in the middle of major projects and contracts before learning the skills of managing contracts.

‘You get promoted to a certain level where you have to manage the procurement of a complex, hierarchical arrangement for building a water asset,’ McCarthy says.

‘All of a sudden, people are saying, “you’re good, you’re competent, now go and put a contract together, with all these sub-contracts that hang off it and manage the performance”.

‘You find out about subjective interpretation, third-party objective tests, scoping documents—it’s not something you’re trained for.

‘For example, you’re suddenly exposed to considering what “use your reasonable endeavours” means, or determining if an asset is “fit for purpose”. Welcome to the world of contracts.’

If the idea of procurement and contracts seems like a worrisome dive into a murky ocean, try Cyril Jankoff and Sean McCarthy’s Contracting and Procurement for the Water Sector course.

It’s a practical introduction to water infrastructure contracts with two practicing professionals who deliver the financial, management and legal content with knowledge deeper than the Mariana Trench, in a way that’s accessible, pragmatic and not dry.