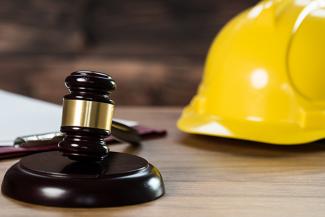 Anyone with decision-making power on an engineering project can face prosecution if someone is killed because the decision-maker didn’t meet their legal responsibilities.

The profound consequences of criminal manslaughter should be a top priority for every senior executive, board member and engineering project manager. It is not always enough to comply with the Australian Standards, do a risk assessment and create mitigations in today’s legislative environment.

But understanding this legislative environment is not always straightforward.

State of play
When new industrial manslaughter provisions were first added to WHS/OHS legislation in some states and territories, ‘recklessness’ was defined as a criminal offence. Findings of recklessness were for situations where organisations knew a hazard existed, and then the worst happened—people were killed or seriously injured.

Since then, some states have adopted provisions to include criminal negligence, which provides for a situation where you ought to have known about a hazard. This change in criminal negligence legislation has already been accepted by Queensland, Victoria and the ACT. And the experts believe it will only be a matter of time before it’s applied in other jurisdictions.

Avoiding a criminal conviction
The legislative implications are serious. If things go wrong on your watch, not only can you be held accountable and charged for recklessness (for a known hazard) but also for negligence (where you ought to have known about the hazard).

In 2017, the Queensland Industrial Relations Minister clearly stated that negligence causing death would not be tolerated and that employers could face imprisonment and large fines if found guilty. Similarly, in 2020, Victoria’s workplace manslaughter offence was introduced stating that negligence ‘involves a great falling short of the standard of care that a reasonable person would have exercised in the circumstances and involves a high risk of death, serious injury or serious illness’.

Precautionary philosophy
Richard Robinson is a highly respected due diligence engineer called upon to be an expert witness during prosecutions and legal investigations. He has provided testimony on a variety of matters involving workplace injuries. His expertise runs deep, having also co-authored Engineering Due Diligence, which is widely used by Australian universities.

Robinson notes the disconnect between the legislative changes and decision-maker preparedness to survive legal scrutiny. The new legislation points to a necessary mindset shift for many career engineers.

“There has been a shift from hazard-based risk management to the precautionary approach now enshrined in the legislation. We need to use the legal language and undertake safety due diligence in different ways,” says Robinson.

“Legally, safety risk does not arise because something is inherently dangerous, rather it arises because there are insufficient, inadequate or failed precautions as determined by our courts, after the event.”

It’s the learnings from court decisions that all organisations must heed.

Robinson explains that the legislation does not prescribe an acceptable or tolerable level of risk.

Understanding the field
Robinson is delivering a new workshop with Engineering Education Australia on Criminal Manslaughter designed to help you understand what’s expected of decision-makers on engineering projects.

The workshop investigates the new industrial manslaughter provisions within work health and safety legislation. It is designed to equip experienced engineers and senior directors with the knowledge to make sound, informed decisions that would stand up in court.

Making defensible decisions
The challenge for companies and senior decision-makers is that every case or situation is different. Robinson encourages decision-makers to develop due diligence processes they can rely on before anything goes wrong.

“In the workshop, we use practical examples from court decisions, as well as tools like threat-barrier diagrams, to explain concepts such as the important hierarchy of control process, the legal loss of control point, and the balance-of-probability focus of common law,” says Robinson.

“We also visit scenarios and participant questions so we can unpack the implications of the new legislation for individuals.”

Duty of care
Importantly, the workshop reminds decision-makers about the very real implications of not using precautionary processes.

“We all need to be making defensible decisions that reduce the potential seriousness of consequences when a situation crosses that legal loss of control point. This isn’t just to protect ourselves if we’re faced with a criminal prosecution. It’s ultimately to protect workers and the public from harm—so far as is reasonably practicable.”

Learn more about the course
The Criminal Manslaughter workshop is ideal for experienced engineers, board members and technical advisers. Enrolments are now open for the first workshop in June. Find out more.